News Actress, Rachel Oniga’s Family Debunk Reports Claiming She Died From COVID-19
Facebook
Twitter
Pinterest
WhatsApp
This was revealed in a statement released by her sister, Deaconess Toyin Odusote, on behalf of the family. 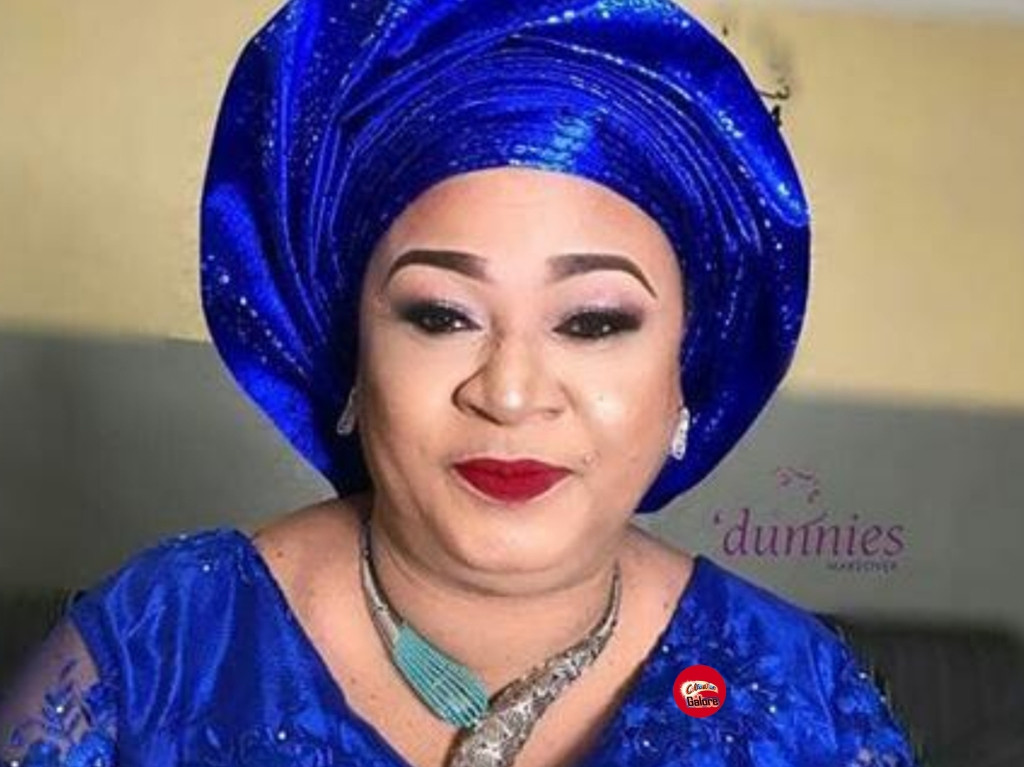 Following her sad passing, the family of veteran actress, Rachel Oniga, have made a public statement.

The family, in the statement, denied media reports claiming that the actress died from COVID19.

In the statement released by her sister, Deaconess Toyin Odusote, the family said the actress died from a heart-related ailment that she battled within a short period of time.

Read the statement below: 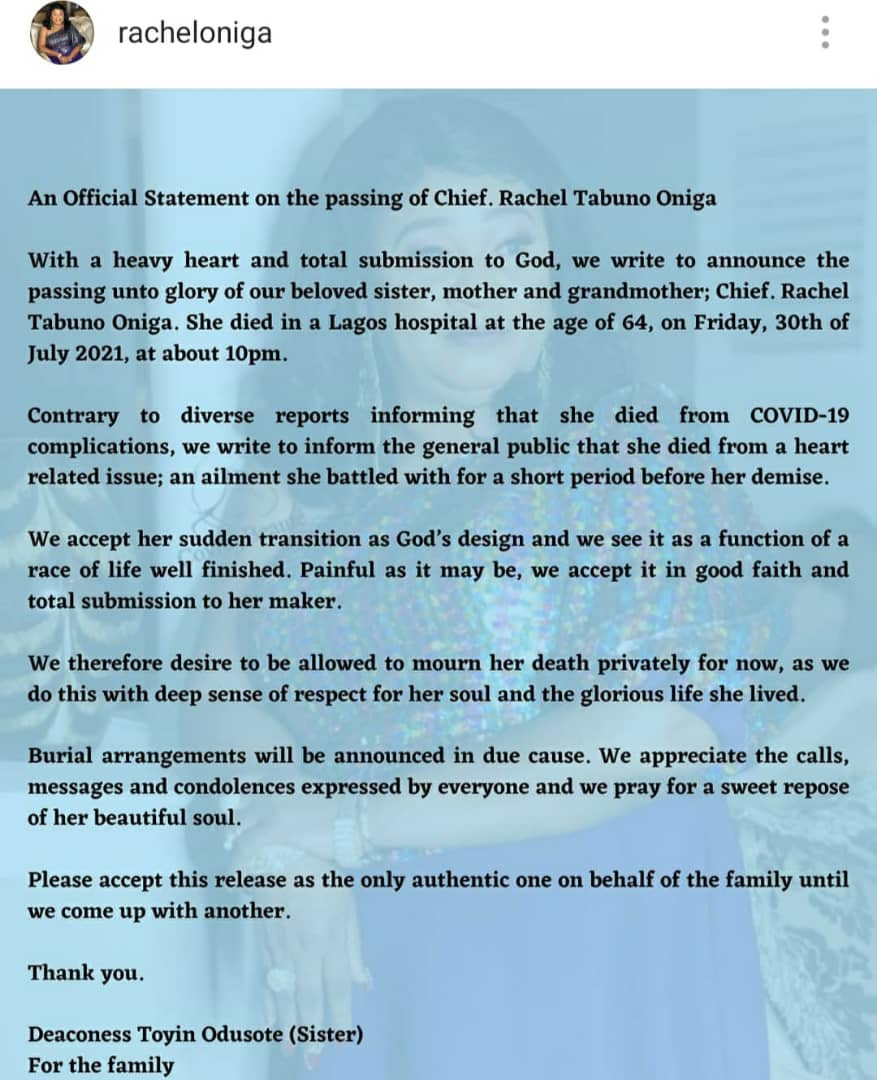